Discrimination in the USA, and the world for that matter, takes many forms.  Read what is happening to the Pit Bull and realize what a “few people” could do to your German Shepherd, Doberman, etc. People have tried it before and they will try it again.  The following article appeared in the Examiner recently. 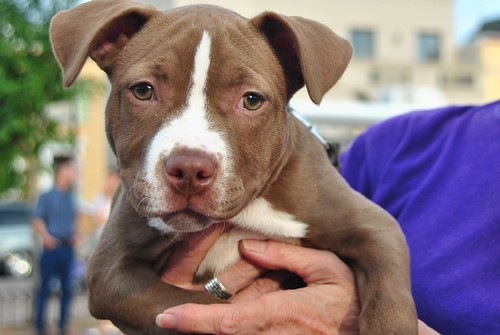 “In the 1970s and 80s authorities tried to ban several breeds, the German shepherd, the Doberman pinscher, were just two of the breeds targeted. These dogs had the protection of the AKC. The German shepherds club of America and the Doberman pinschers club of America with the help of AKC set new standards and regulations for these breeds, and saved them from prosecution by authorities.”

and, for the Pit Bull Terrier …

“The America Kennel Club (AKC) refuses to recognize them as a breed because of their fighting back ground and no standard has been set. The American Staffordshire terrier is recognized by the AKC, but these dogs were imported from Europe in the early …”
http://www.examiner.com/article/breed-discrimination-america

The Pit Bull Terrier is not a bad dog.  It is what people make it.

About the Author: Jim Hodges